Elevate Your Surfing With Us!

Increased reports of painful stings along Southern California‘s beaches – See the stingrays in our GoPro videos! 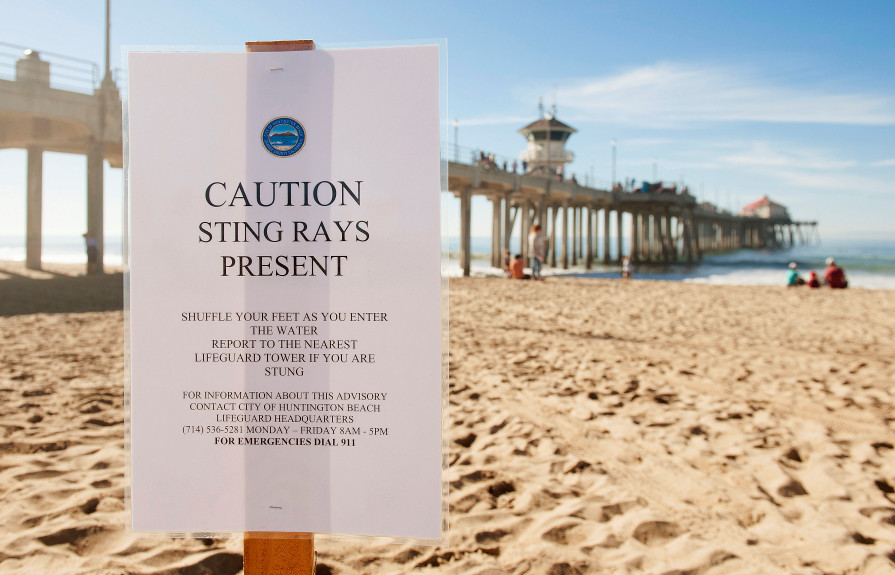 ♦ On the last Friday of 2017 the stingrays of Huntington Beach made themselves know. Dozens of beach goers were stung in just a few hours. But much of this could have been prevented, if the lifeguards would have put up more prominent warnings, and more of them; a small sign posted behind each lifeguard tower actually goes unseen by most people. It was a while before I even saw them, and I surf 4-5 days a week. Honestly, I do not know if they were still up on Friday.

♦ After the attack onslaught the life guards broadcast warnings from their lifeguard trucks and off of the pier. Sure, that saved dozens more from being stung, but it is too little too late for those who had their day ruined not to mention the agony of the painful attacks. 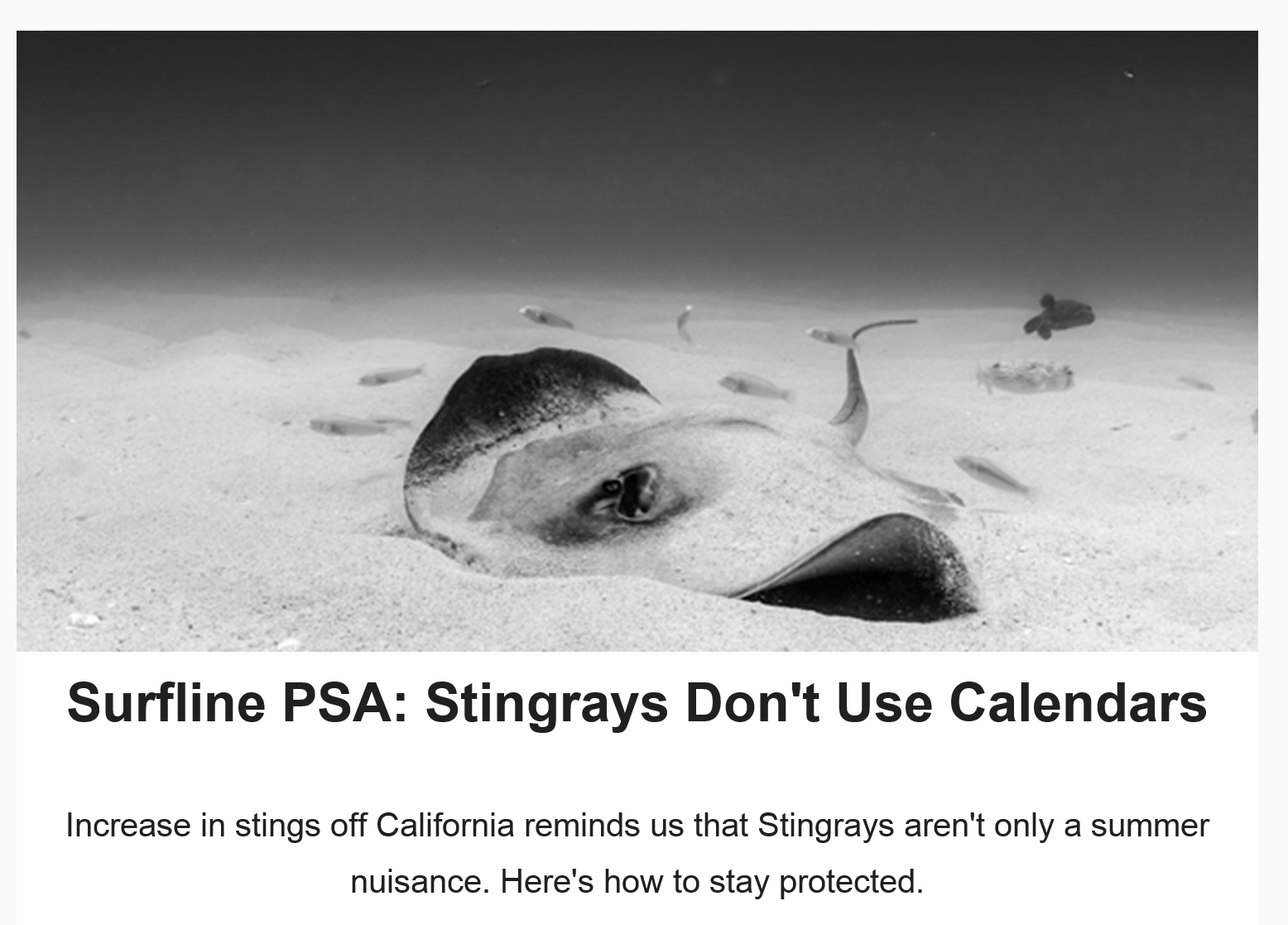 “Increased reports of painful stings along Southern California‘s beaches over fall and winter reminds us that stingrays don’t follow calendars, they show up when they please, not just in summer. That doesn’t mean you have to be afraid of those creatures, but you do need to be aware of them and you should know how to avoid an unwanted encounter. In case such a confrontation does occur and escalates to conflict, it is also advantageous to know the best way to treat the resulting wounds”.

These two short videos below show actual footage of the stingray population on the southside of Huntington Beach pier shot with my GoPro during a dawn patrol session. This was shot just before sunrise. Seeing this will change how you view the waters of Huntington Beach; there are thousands of them, right where you are surfing. If this does not get your attention I do not know what will. (Please note, we apologize but the videos load slowly, but are worth seeing, so load them twice).

🏄Unedited video of stingrays during dawn patrol Huntington Beach, Southside October 2017 (Give it time to load, it is worth seeing):

🏄 Stingray video #2. Has a few closeups. (Play twice to get it to fully load)

01/12/2018 update, while enjoying my weekly “Casual Extended Surf Session Friday” (My casual Friday does not mean wearing jeans or a Hawaiian shirt to work, how lame is that, it means a lengthy dawn patrol session), anyhow, while in the water with my buddy we noticed that the life guards were being more proactive in their efforts to reduce the daily number of stingray attacks. They do so by giving numerous audio warnings from the speakers on the pier. That was nice to hear, thank you for doing it, but please put up many many more signs, larger signs, kids do not need to get stung.

Learn more about us